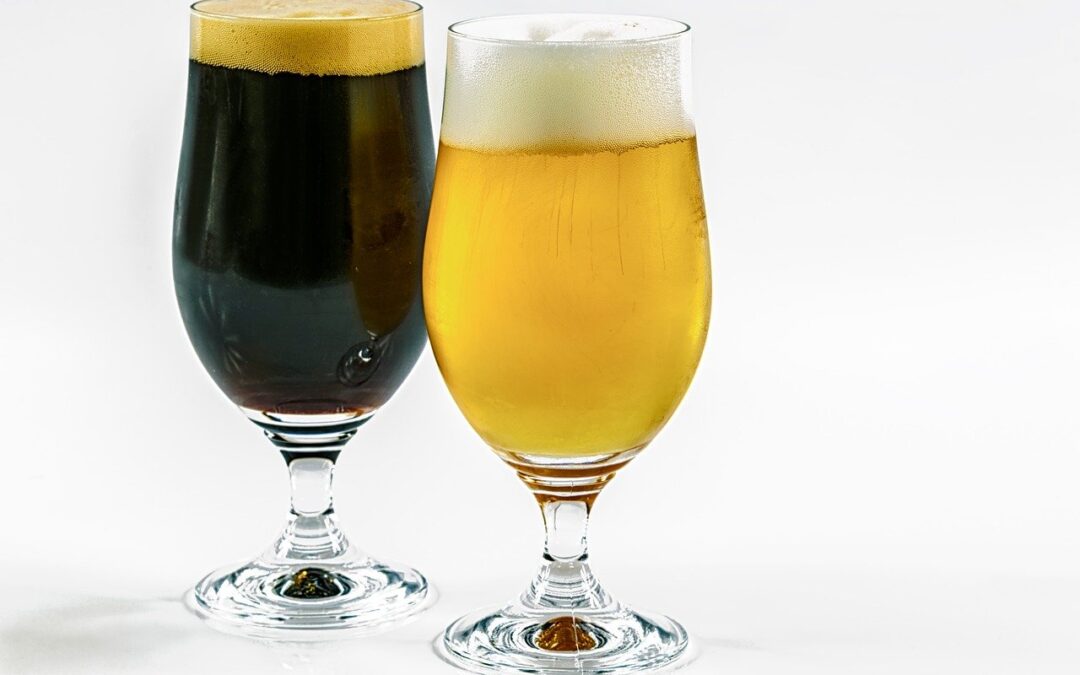 Recently, Augustino Brewing Company traveled to Tulsa, Oklahoma for a business seminar at Thrive15.com. During that trip, we tried some local establishments and enjoyed Tulsa made beer. Being part of Augustino Brewing Company means we represent real craft beer, as we are a Wichita-based brewing company. With personalized business cards and die-cut stickers in hand, we made new connections in a city just a few hours away from where we will be headquartered.

During our first day in Tulsa, Oklahoma, we had the opportunity to visit with Rich Gambe, host of â€œLetâ€™s Talk Brew,â€ #letstalkbrew podcast

show. Mr. Gambe is owner of a multimedia marketing firm, Gambe Media Group. Rich decided to look beyond home brewing and his own homebrew and started paying attention to all things craft beer, including the brewing process and legislation around beer and brewing. Rich had recently interviewed the CEO of Augustino Brewing Company, Augustine Iacopelli, and the podcast, episode seven, is currently available for consumption.

We learned a new term while visiting with Rich, crushable. This was a term he applied to our Bad Squirrel Nut Brown Ale, a British style Brown Ale. The term, crushable, indicates the easy drinking, well-balanced beer that has relatively low alcohol but carries plenty of flavor. This description seems like it fits with sessionable; however, with so many people applying the term session or sessionable to a mere low alcohol content beer, it feels like it lacks the intent behind crushable. It seems that sessionable could be applied to big-name light beersâ€¦

Our Bad Squirrel Nut Brown Ale is a beer developed over quite a long while, the first recipe we still have is labeled version two, and dates back to the ninth of October 2013. The final version, the one we plan to produce in our commercial operation, has evolved over at least six iterations and features American, English, and German grains, along with American, English and Slovenian hops. The yeast we use is noted as being an English Ale yeast, with around 70% attenuation (the ability for the yeast to convert the sugars from the grains to alcohol and carbon dioxide), and high flocculation (the clumping or clinging together of the yeast cells which permits the beer to be dropped in temperature and allow for the yeast to fall out of suspension more easily, producing a clearer beer). This yeast has been replaced a few times during the iterative process of attempting tweaks to the recipe, only to revert back to the original, English Ale we used originally, and as part of our final product.

One tip we would give to anyone trying to create a great craft beer, be that by a Wichita brewing company, or someone in a city across the globe â€“ if you are not in the home of the style of beer you are attempting to replicate, do your best to make the water, by way of salt additions, be as close to the target water profile as possible. One apparent mistake we see people make is to assume that the water profile for a given beer must be the same as the water chemistry for the municipal supply. This is not sound logic. It makes more sense that a given brewery has treatment of their water in such a way as to accentuate the characteristics of their beer that seem to be the greatest points of interest for the palate of the consumer they are trying to target. For example, if you are attempting to make a fine Pilsner beer, you better be starting with a very soft water profile, if not, if instead, you are using the Wichita municipal water, you will likely find that the characteristics of the water locally are not sufficiently soft enough to give the crisp character of the Pilsner style. One might want to consider building a few different water profiles for the given beer to best understand what is happening. This is likely an article we will help craft for other Wichita brewing company brewers who may be interested in understanding differences in usage of active charcoal versus something like reverse osmosis and building the water profile from there.

The original intent was to produce a beer better than Newcastle Brown Ale, produced in Newcastle upon Tyne, England, by a brewery of the same name. Newcastle Brown has an association with heavy industry and has been identified as a blue-collar beer. While we have some heavy industry in the Wichita area, we are not trying to suggest that our beer is a heavy industry, working manâ€™s exclusive. We believe anyone, of drinking age, would enjoy our fine, crushable Brown Ale.

For those unaware of the style, according to the Beer Judge Certification Program (â€œBJCPâ€), 2015 Style Guidelines, section 13B, a British Brown Ale is â€œâ€¦ a malty, brown caramel-centric British ale without the roasted flavors of a Porter â€¦ [g]entle to moderate sweetness, with a light to heavy caramel character and medium to dry finish â€¦â€ This fits with what we are producing, our initial intent was to create an artisanal, craft beer brewed at a Wichita brewing company, one that we would want to drink over a Newcastle Brown Ale.

We are always encouraged by seeing those who enjoy our Wichita craft beers consume and enjoy our products, this is a key factor when developing and designing a beer. Knowing that we are a Wichita brewing company is especially appealing to us considering our time in the community working, growing our families, and seeing our children start their own. It is with a great deal of excitement that we are pursuing opening our doors as a Wichita brewing company and sharing product with consumers in our immediate area. Ideally, we will be able to demonstrate to the world-at-large that being a Wichita brewing company is not synonymous with the old adage about being simple. Our goal is to demonstrate, via the tasterâ€™s palate, that we are making beers worth remarking about.