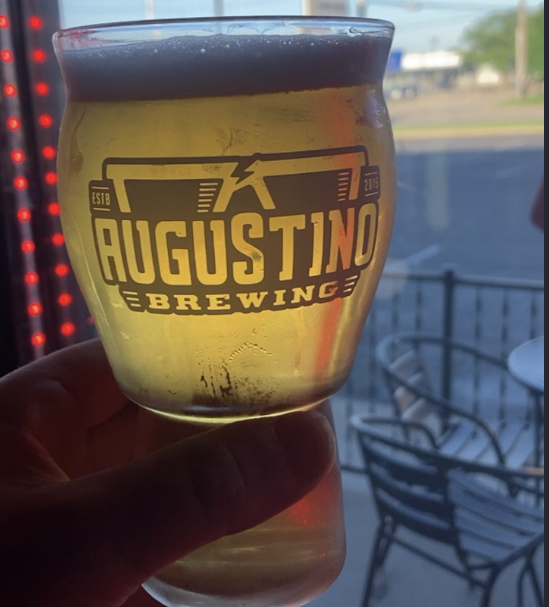 Our standard American domestic lager is the taste of post-prohibition, mass produced beer on a microbrewed scale. Very easy drinking and crushable. This is the craft beer for that intransigent domestic drinking friend or spouse.

Knightslayer American Light Lager was a beer we started brewing as a seasonal as a little bit of a joke because Augustino was irritated with how many Bud Lights were still being sold at the brewery. Yes, they also help pay our bills, but one of our big goals is to educate and bring more guests into the world of craft beers. Hence our American Light Lager was born. We’ve tweaked it a little bit more to lighten it up even more and make it even more drinkable for the mass domestic drinker and we’ve gotten to a point where we’re pretty pleased with it.

So, if you are looking for an easy drinking craft beer, give Knightslayer American Light Lager a shot. Even Augustino is swigging down this nice and easy drinking beer at the brewery between his favorite

Come on in and grab some in the taproom or take cans or growlers to-go!