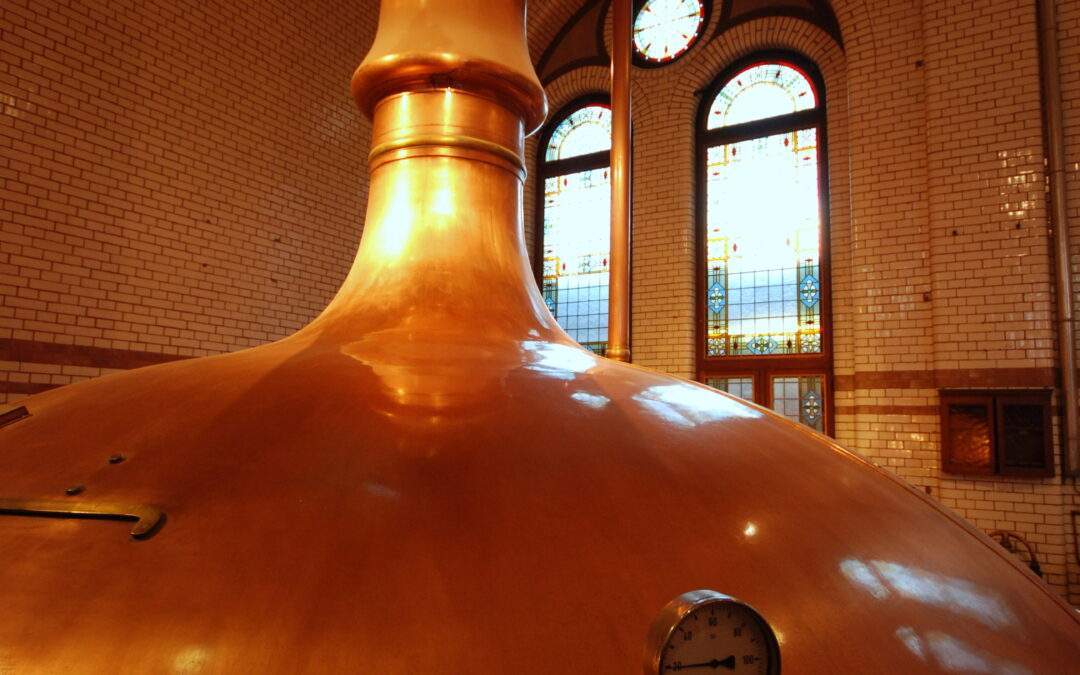 Brewing craft beer is a fascinating and rewarding process that has been around for thousands of years. It involves the fermentation of grains, such as barley, wheat, and rye, to produce a beverage that is enjoyed by people all over the world.
The first step in brewing beer is to create the mash. This involves mixing the grains with water and heating them to a specific temperature in order to convert the starches in the grains into sugars. This process is known as mashing and it typically takes place in a large, insulated vessel called a mash tun.
Once the mash is complete, it is time to begin the lautering process. This involves separating the liquid wort from the solid grains. The wort is then transferred to the boiling kettle, where it is heated to a rolling boil.
During the boiling process, hops are added to the wort. Hops are small, cone-shaped flowers that give beer its distinctive bitterness and aroma. The amount and type of hops used can vary depending on the desired flavor and style of beer.
Once the boiling is complete, the wort is cooled and transferred to a fermentation vessel. Yeast is then added to the wort, where it begins the process of fermentation. This is where the sugars in the wort are converted into alcohol and carbon dioxide. The length of the fermentation process can vary depending on the type of beer being brewed, but it typically takes a few weeks to complete.
After fermentation is complete, the beer is transferred to a conditioning tank where it is allowed to mature and develop its flavor. This process can take anywhere from a few days to several weeks, depending on the type of beer.
Once the beer is fully matured, it is ready to be bottled or kegged. Bottling involves transferring the beer to bottles and capping them, while kegging involves transferring the beer to a keg and carbonating it using pressurized gas.
Brewing craft beer at home is a fun and rewarding hobby that can be enjoyed by people of all ages. It allows you to experiment with different grains, hops, and yeasts to create unique and flavorful beers. There are many resources available to help you get started, including books, websites, and forums dedicated to home brewing.
In conclusion, brewing beer is a fascinating and complex process that has been enjoyed by people for thousands of years. It involves a series of steps, including mashing, lautering, boiling, fermentation, and conditioning, to produce a delicious and refreshing beverage. Whether you are an experienced brewer or just starting out, the art of brewing beer can be a rewarding and enjoyable experience.